Who said East can’t meet West? This is a love story that has broken the boundaries on nobility, race and poverty to stick together. It has been around for the last 4 decades and still going strong. Dr. Pradyumna Kumar Mahanandia, popularly known as Dr. PK from India, 4 decades ago, was a poor Indian young man who came from a family lineage which was looked down upon. He was so poor that he could not even afford school fees for his college tuition.

In 1949 a boy was born to a weaver in a remote village of Odia in Odisha India. He was named Pradyuma Kumar Mahanandia. Money was a problem for these parents and though the boy was very talented in art, they couldn’t afford to take him to the prestigious art school of Visva in Bharati.This challenge made him to go to a much cheaper government school of art in Berhampur. His love for art made him to proceed to Delhi to study Fine Art

Fate has a way of meeting people. PK’s fate met him while at this fine art college in Delhi. While at this college, Dr. PK shot into fame as a portraiture. This was after he drew a portrait of Indira Gandhi. From here, his fame was unstoppable. With permission of the authorities, he started doing portraits while sitting under the holy fountain at Connaught Place.

The fame traveled far and wide, up to London, where a certain princess was studying. Her name was Charlotte. She decided to travel all the way to have her portrait done by this famous portraiture, Pradyumna Kumar Mahanandria. And from here, love happened.

How did she travel to Delhi? She used a van and it took her 22 days to reach her destination. On arriving, she located PK, who started on her portrait immediately. It was during this period that PK started having feelings for this beautiful princess. This happened in the year 1975 when Charlotte was 19 years old. And the princess too fell in love with the work of this amazing portraiture. One thing led to another and before long, they found expressing their feelings for each other openly. Thereafter they got married. Love knows no boundaries.

After their marriage, Charlotte wanted to travel back to Sweden, her home country. He asked PK to travel with her, but he totally refused and told her that, some day, he will travel on his own to Sweden to look for her. They bid each other farewell and promised to communicate via letters, which they did.

Charlotte on arriving in Sweden asked PK if she could send an air ticket so that they could link up again, PK declined and said he will get his own means to reunite with his sweetheart. It sounds queer, but that was PK for you. Though he loved Charlotte very much, he had his pride to protect. He wanted to prove to her that, he can make it on his own. He was struggling to come out of that hole of poverty without as so much assistance from his love Charlotte.

Hours turned into days and days turned into months, which turned into years and yet PK had not managed to save enough to go and reunite with his sweetheart. What to do? He decided enough is enough and started selling all his worldly possessions to buy a bicycle, which he hoped will take him to Sweden. He purchased an old bicycle and set on his mission to reunite. 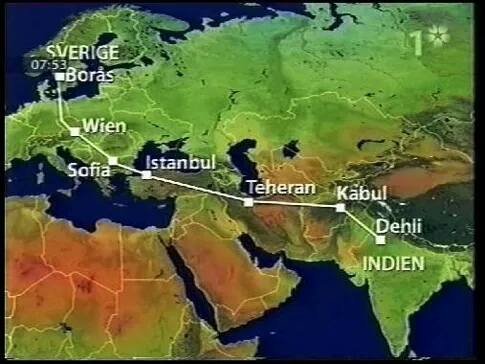 It was such a tedious journey. Like in the Romeo and Juliet saga, he passed through so many hurdles and difficulties on his way, including going without food and his bicycle breaking several times. He had to hitch hike some car and truck lifts to move him between some points on his way. He was determined and nothing could deter him from meeting his one most important objective, to meet Charlotte. In order to earn some cash while on this tedious journey, he drew portraits of people along the way; Americans, Europeans and Australians.

This journey took him 4 months and 3 weeks to reach his destination. To be exact, it was on May 28, 1977 that he touched the ground of Gothenburg. He went through different countries including Germany, Turkey, Iran and several others to arrive at his destination in Gothenburg. The Swedish immigration officers were stunned by this poor young man, who had come all the way from India, to their country in search of a princess from a royal family.

To prove himself, he had to produce photographs of his marriage to Charlotte. That is what convinced the authorities, but the scene replayed in PK’s mind and he was wondering if Charlotte will accept him. All along, he hadn’t known that she was coming from a wealthy family. When Charlotte learned of his arrival, she was on top of the world with joy and drove meet him at the immigration offices in Gothenburg. 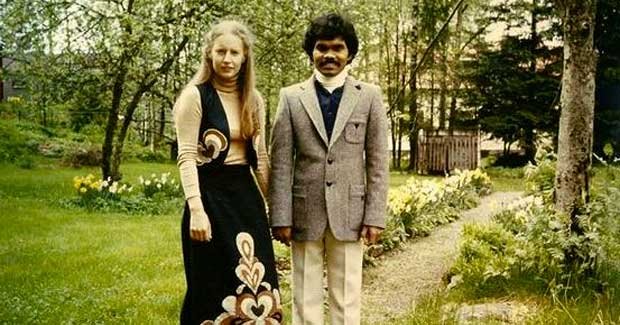 Charlotte’s parents were equally effusive in their concern for the man who had cycled all the way to Sweden. They accepted him in their family but not without violating their tradition. “A traditional written law has it that black people are not permitted to stay where nobility stays. This means they had to break the racial rule to make space for me in the family, which they did gleefully for their daughter,” Mahanandia says.

They did wed again in 1979 and have two children to crown their love; a son Siddharth Karle and daughter Emelie. Currently they are living at Boras, Charlotte’s home town. 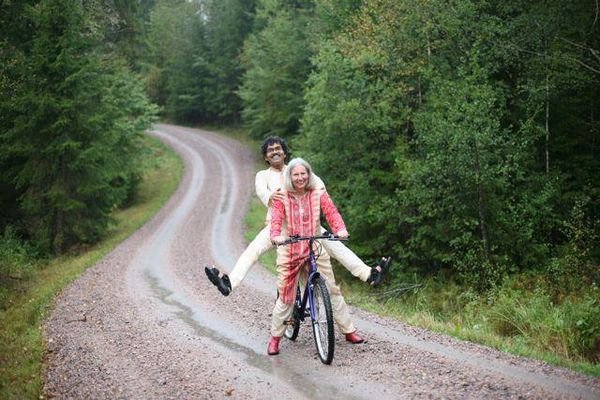 PK has risen from rags to riches. He is now a very well known portraiture with so many recognition to his name: an honorary degree (Degree of Honoris Causa) from Utkal university of culture; he is the designated Oriya Cultural ambassador to Sweden by the government of Odisha; Sanjay Leela Bhansali, a renowned Bollywood film maker in conjunction with Warner Bros, are planning to make a film of their love story. Some of his paintings have found places in UNICEF greeting cards. 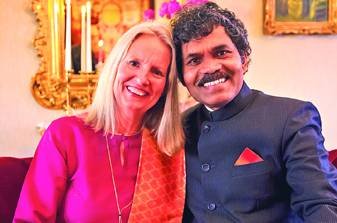 Dr. Pradyumna Kurmar is now a name in the art industry worldwide and their love story is one that raises eyebrows. In his hometown, where 4 decades ago,he was shunned, is welcomed with a heroic welcome. This love story qualifies to become the next big thing on Bollywood movies, it is unbelievable yet quite true…it is real love.